The second What Hi*fi? Sound and Vision show was held in Bangalore on August 19 -21, 2016.  I remember last year Bangalore’s weather being cooler and pleasant to this year’s slightly humid and warmer climate. Global warming perhaps?  Regardless the venue was excellent – The Ritz Carlton Hotel – same as the last time.  The show was divided into 2 floors, the 2nd floor featuring larger halls and the 6th floor with somewhat smaller, standard size hotel rooms. Their regular rooms are not overtly large or too small, so a decent set up can be achieved for 2 channel or HT for most, except perhaps for the largest of transducers.

The first room I visited, unfortunately, was one such setup from DNI, consisting of a pair of Focal Scala Utopia V2’s loudspeakers driven by Accuphase pre/power and an Oppo 103 DVD/CD player as a source.  To make matters worse this room was a dual purpose room with the Scalas’ forming the front channel speakers of a HT setup along with the Viva Utopia center channel and a pair of Sopra No 2 for the rear. Talk about overkill for the rear channels. Anyways to accommodate this setup the Scalas’ were pushed into the corners and it was in this compromised position that I auditioned them. I heard superb overall clarity, thundering bass, somewhat tipped up higher frequencies, a flattened but wide soundstage with impressive imaging.  Undoubtedly the speakers’ performance was being held back by the room and their positioning, but nevertheless great sound which perhaps can be world class in the right room and placement. 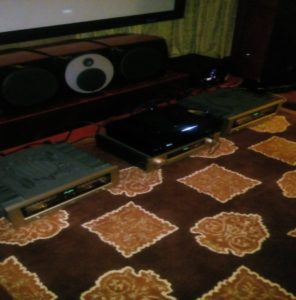 The next room featured speakers from Kii Audio of Germany brought to the show by Absolute Sound. The Kii THREE, though masquerading as a life style looker is a serious hi-technology, Hi-Fi product. How serious? For starters each speaker contains six channels of DSP, a DAC and Ncore Class D amplification.  So all one has to do is connect a source which in this case was a apple laptop connected via a Bel-Canto USB/SPDIF converter and a AES/EBU balanced cable.  The sound was excellent as well, tonally rich with superb imaging and sound-staging. However I did notice slightly lean bass, which according to Jignesh of Absolute sound was due to requirement of further optimization of the onboard DSP which they were addressing. Additionally the room featured Stillpoint Aperture acoustic treatment panels. 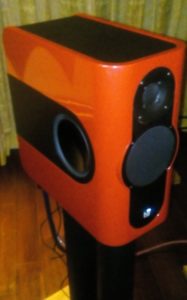 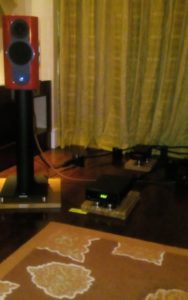 The next room featured another lifestyle speaker, the Devialet Gold Phantom, a wireless speaker with 4500 watts! of onboard power from Luxury Personified LLP. The speaker is specified to hit 108 db of loudness, and from the demo. it was evident that this was no idle claim.  Unfortunately I could not warm up to these speakers, which could perhaps benefit from a better room setup and source.

Next, I decided to pop into Pro Fx’s rooms which were on the 2nd floor where they had 2 rooms, one with a HT setup and the other featuring the Polk Audio LSiM 707, driven by Electrocompaniet electronics and Chord and TEAC DAC’s.  Despite the indifferent acoustics of this large ball room, I found the sound to be resolved and clear.  The milling crowd in the room prevented me from a longer listening session, but that is something I will look forward to in the future.  They also had passive displays of the KEF Reference series speakers and the Blade model as well. 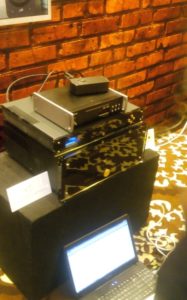 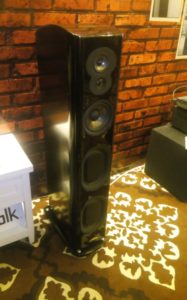 Moving along, I arrived at Nexus Audio Video’s room featuring the Graham LS5/9 loudspeakers driven by an Octave V70SE tube integrated and AVM CD 3.2 CD player.  This room sounded simply superb, the Graham’s displaying a sweet, warm and lush sound with adequate bass, smooth high end and excellent mid range. Imaging was fantastic, the speakers disappearing completely while throwing a wall to wall sound with excellent front to back layering.  To my ears this was easily the best sound I heard at the show. Vivek Ramakrishnan had reviewed these speakers for Hifitoday back in October 2015, and here is the link – https://www.hifitoday.com/graham-ls-59-speakers/ 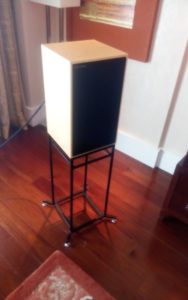 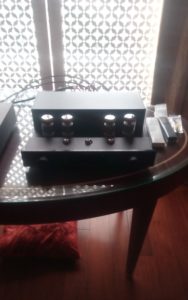 I spent some time with Axiom Audio loudspeakers from Hansa Pictures Pvt. Ltd., where they were demonstrating the M50 floor standers and LFR 1100 omni-directional speakers.  The LFR 1100 has a set of drivers both on the front and the rear and requires the use of an outboard DSP for the omni-directional effect. Unfortunately this unit was not connected so I could not experience the speakers as they were intended. The M50’s on the other hand sounded quite good. 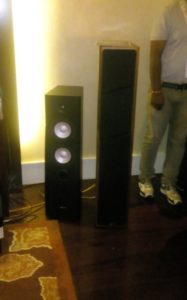 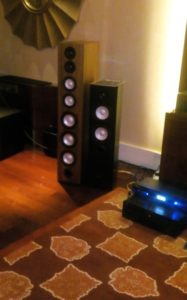 Arriving at the Bass N Treble room, I was greeted by a very lush and warm sound from the Zu Omen Mk II loudspeakers.  These high efficiency designs from the U.S of A were being driven by a Rogue Audio Cronus Magnum integrated amplifier with a Thorens TD309 turntable and Ayre QB9 DAC for digital files.  The sound from this room was very enticing indeed. 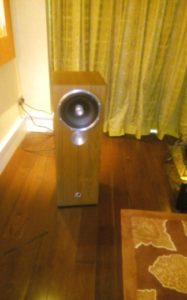 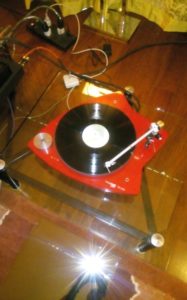 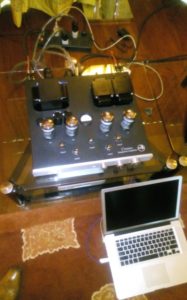 I decided to see what Sonodyne was displaying. They had 2 rooms, one was a full blow HT and the other featured their 2 channel offerings. The room was crowded but what caught my ear was the surprisingly full range sound from the PQube 202BT.  These small sub-sat stereo pair sounded very good when I stood in front of them at 2 feet away, but they sounded full even as I moved away. They will make an excellent pair as desktop multimedia speakers or even main stereo pair in a small room. 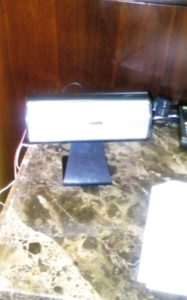 I stopped by the Home Theater Store/ Kripa Electronics (India) Pvt. Ltd. rooms and they had the Tannoy XT8F from their Revolution series. Despite being driven by a Denon Receiver (avr x2200w), they sounded very good – with great bass extension and solid imaging, and I am sure their performance will be even better when driven by dedicated 2 channel electronics. 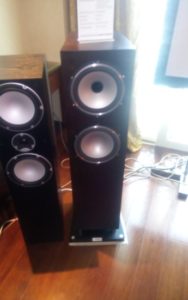 Next up was a room I was looking forward to, having heard a lot about DALI loudspeakers.  In the Audio One room, they had the Dali Rubicon 8 along with the Opticon 8 on demonstration.  I heard the Rubicon 8 driven by and Arcam A49 integrated amplifier and a marantz CD player.  I liked the sound immensely, great stereo imaging, smooth highs and taut bass. 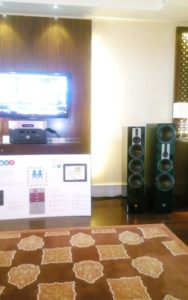 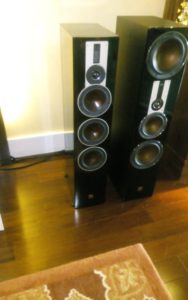 I also stopped by home grown manufacturer Invention Audio’s room. They had a newly developed 3 way speaker with external crossovers, along with a “Class A” DAC and amplifier.  The speaker featured ribbon tweeters and sounded smooth and non-fatiguing, but the bass was boomy and uncontrolled totally dominating the sound. Sandeep explained that the room was the cause and he was convinced that a properly treated, larger room would bring about the best in these – yet to be named – loudspeakers.  I also stopped in the MBL room, but it was very crowded and I stood to the far right of the room.  Perhaps due to my listening position, I did not enjoy the sound of the famed omni-directional speakers. Maybe some other time I can hear these in the dealer’s showroom where they will live up to their reputation.  There were few other rooms that I visited but very quite crowded (a good thing indeed), so I didn’t have the opportunity to evaluate the setups such as MZ Audio Distributors, Babbler etc.

All in all it was a good show, but I couldn’t help notice that the focus this year was more towards HT, rather than 2 Channel.  I hope this is not the trend for the future in India, and I am optimistic that both the formats can co-exist growing equally well.