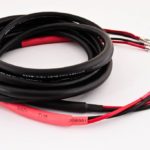 SoundFoundations, which is a familiar name to many HiFi Vision (www.hifivision.com) forum readers, is a homegrown audio accessory supplier based out of Mumbai, India. The proprietor, Khuzema Tajir (Ali), who has been providing much needed yeoman’s service to Indian audio enthusiasts by manufacturing/stocking accessories like stands, racks, isolation products etc., at excellent … END_OF_DOCUMENT_TOKEN_TO_BE_REPLACED 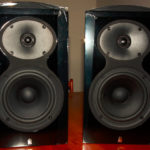 They say beauty lies in the eyes of the beholder. However there are certain products that win universal acclaim for aesthetic design. Some such designs remain as timeless classics such as the original Mini Cooper, the iPhone, the Valentine Typewriter, the Swiss Army Knife and many others. The speaker being reviewed here is one such product. If there ever were a beauty contest … END_OF_DOCUMENT_TOKEN_TO_BE_REPLACED 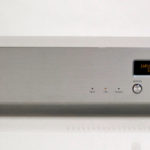 Line Magnetic Audio is a China based manufacturer, with a short history from 2005. Known well for its classic horns, Western Electric speaker driver replicas and tube electronics, the company also appears to be moving into the newer technology sources gradually. The products by and large are regarded VFM (poor man’s Shindo is one such comment). “Made in China” often raises … END_OF_DOCUMENT_TOKEN_TO_BE_REPLACED 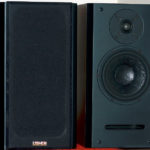 There is always a first time for everything. When I was offered the position of a reviewer for HiFiToday.com, truth be told I was somewhat terrified at the prospect of having to formally review an audio component for the first time. Considering the fact that I’m a relative neophyte in the high end audio world, I chose to play it safe and review a relatively low cost budget … END_OF_DOCUMENT_TOKEN_TO_BE_REPLACED 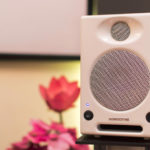 The Sonodyne SRP202 active speakers are from the house of Sonodyne, one of India’s premiere audio equipment manufacturers, since the 1970s. Their venture into the studio market is about a decade old now, which first began with the introduction of the SM studio series of active monitors that have since received world-wide critical acclaim. It appears that their efforts in design … END_OF_DOCUMENT_TOKEN_TO_BE_REPLACED