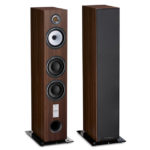 It was noteworthy that my two top picks for Loudspeakers in the recently concluded What Hi-fi show in Bangalore were both from France. They were high end models from Focal and Triangle.  Triangle happens to be amongst the top three Loudspeaker manufacturers in France, the other two being Focal and Cabasse.  They marketed their first model some 35 years ago and are amongst the … END_OF_DOCUMENT_TOKEN_TO_BE_REPLACED 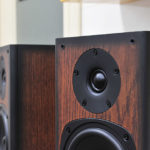 The Knight's from the Castle: Castles are heritage British speakers from the 1970s, now owned by IAG (whose portfolio includes the Wharfedale and Quad loudspeakers). The speakers are manufactured in China including in-house manufacture of drive units. The Knight 2 bookshelves are two-way rear vented speakers  comprising of a textile dome tweeter, which the manufacturer claims … END_OF_DOCUMENT_TOKEN_TO_BE_REPLACED 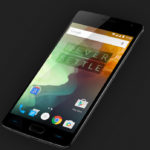 Talk about premium smartphones sold at budget pricing, OnePlus comes to mind without right away. When OnePlus One was launched last year, it created a stir in the market for being a heavily loaded smartphone in terms of hardware specs sold at an incredible price. OnePlus Two launched a few months back tries to remain a ‘flagship killer’ without sacrificing its affordability … END_OF_DOCUMENT_TOKEN_TO_BE_REPLACED 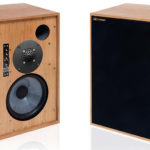 The credentials of the Grahams are great – reworking a BBC design using the original Audax soft dome tweeter, recreating the midrange/bass unit with component manufacturer Volt, and tweaking the crossover for meeting the BBC specifications. Certain changes were also made in keeping with the times - using the more durable and friendly Rockwool rather than foam for internal … END_OF_DOCUMENT_TOKEN_TO_BE_REPLACED 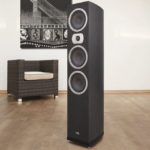 Though Heco is not a name that is immediately familiar to the Indian audio enthusiast, they have been active in Germany for almost as long as India has been independent, having been in business since 1949. In their six decades of manufacturing loudspeakers, they pioneered many current and ubiquitous loudspeaker driver staples such as dome tweeters and long throw rubber … END_OF_DOCUMENT_TOKEN_TO_BE_REPLACED