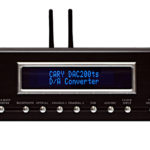 The cover page on the January 1994 issue of Stereophile Magazine featured two amplifiers, the Cary CAD-805 SET tube monoblock amplifier and the Krell KSA-300S solid state amplifier, with the caption "If either of these amplifiers is Right ---- the other must be WRONG."  I am not sure which one was wrong but the CAD-805 amplifier, designed by Dennis Had of Cary Audio Design, has … END_OF_DOCUMENT_TOKEN_TO_BE_REPLACED 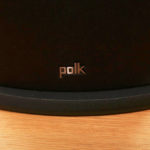 Forty five years ago Matthew Polk, George Klopfer and Sandy Gross founded Polk Audio in a Victorian house, just outside of Baltimore, U.S.A.   Since then Polk Audio has grown quite large and is considered amongst the successful loudspeaker manufacturers from North America.   Now they have a large product portfolio including marine and automotive applications. Budget home … END_OF_DOCUMENT_TOKEN_TO_BE_REPLACED 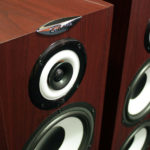 Founded some 65 years ago by Georges Cabasse, Cabasse is one amongst the Big Three Loudspeakers manufacturers from France, the other two being Triangle and Focal.  Their initial clients included movie theaters, and they also manufactured professional active speakers up until the '80's.  In the '90's they developed coaxial drive units based on their "Spatially Coherent System" … END_OF_DOCUMENT_TOKEN_TO_BE_REPLACED 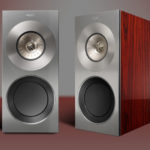 Kent Engineering  & Foundry was a metal working company on the banks of the Medway River, near Maidstone in Kent, U.K.  This unlikely locale was chosen by Raymond Cooke, an ex- BBC Electrical Engineer in 1961 to establish KEF in a Nissen Hut.     The first speaker produced by Cooke was the three-way" K1" which featured drive units with foil-stiffened, vacuum-formed … END_OF_DOCUMENT_TOKEN_TO_BE_REPLACED 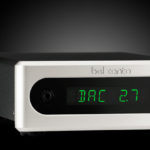 Taking the well packed Bel Canto out of the box and reveals a wonderfully finished product – right from the brushed finish up front to the volume control that feels lovely to touch, and twirl – it just looks really like something which will fit into any system. The display is easy to read and can be dimmed. The plastic, but not cheap looking, remote is functional and great for … END_OF_DOCUMENT_TOKEN_TO_BE_REPLACED