Browse through the latest news and updates in the world of audio and video electronics related to the Indian markets. 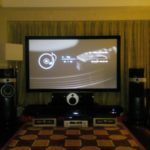 The second What Hi*fi? Sound and Vision show was held in Bangalore on August 19 -21, 2016.  I remember last year Bangalore’s weather being cooler and pleasant to this year’s slightly humid and warmer climate. Global warming perhaps?  Regardless the venue was excellent - The Ritz Carlton Hotel – same as the last time.  The show was divided into 2 floors, the 2nd floor featuring … END_OF_DOCUMENT_TOKEN_TO_BE_REPLACED 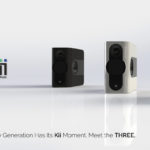 When small is big! The audio industry, without sacrificing sound, is now looking at modcons and lifestyle seriously it appears. Want class leading sound? Tick! Want full frequency response without having monstrous speakers? Tick Want everything with minimal number of boxes? Tick Want to achieve sonic nirvana without having to pull your speakers half way into the … END_OF_DOCUMENT_TOKEN_TO_BE_REPLACED 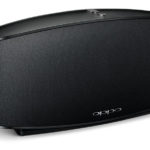 We attended the launch of Sonica, a new product from Oppo Digital. It is going to be launched on August 15, 2016 (perhaps celebrating independence from wires as well?), for an all inclusive price of ₹29,999. Jay Multimedia Inc are the distributors for the product in India. Oppo Digital is described as a high fidelity wireless speaker system. As Chris Vick (Senior Product … END_OF_DOCUMENT_TOKEN_TO_BE_REPLACED 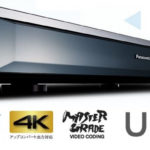 On the heels of reports that 4k TV's prices plummeted during last thanksgiving and Christmas season to the very affordable range, Panasonic unveiled their new 4k player at CES 2016.  The player should be available for sale in the Unites States during 2016.  However a similar player is already on sale in Japan for approximately $3,300 USD.  Apparently Sony and Warner Bros. are … END_OF_DOCUMENT_TOKEN_TO_BE_REPLACED 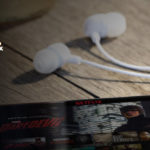 Netflix has now officially launched its streaming video services in India. Subscribers can now access the entire Netflix video library in India along with some limited local content. Netflix is an on-demand internet media streaming facility that is very popular in the US and parts of Europe. Services start at ₹500/month and goes up to ₹800/month for viewing conent on upto … END_OF_DOCUMENT_TOKEN_TO_BE_REPLACED