Aernoud, the Mumbai distributor/dealer of Audio Note considerately helped me unpack the well packed system that arrived at my place. The Integrated Zero, which puts out 8W per channel (class A/B) with 4 ECL 82 triodes, came out first, in black acrylic with well weighted bling golden knobs. The build quality of the finish far surpassed the recommended price. For those who think “only 8W” and switch off reading below (and I myself do that often), please read on. Out came the CD Zero in matching black with a tray that closes so fast like it means business.  Featuring an in-house modified Philips front loading mechanism, It has a digital out with the conversion out of a filterless Philips TDA1543 DAC in non-oversampling mode and a 6111WA valve based analogue output stage. The power supply is equipped with two mains transformers. As with AN, everything was AN with the AN Lexus Stereo Interconnect and 2.0M B-S AN-Lexus LX speaker cable, and AN power cables as well.

Last out was the relatively unassuming and small AX-Two Bookshelves with a stated sensitivity of 90 db/W/m and an impressive frequency response of 55Hz-20kHz (+/-6 db). A two way (6” paper cone bass driver, 3/4” silk dome tweeter) rear ported design, this had the hallmarks of an easy to drive speaker. Of course, it came with its own stands, which were priced at INR 42,250 (yeah I know what you are thinking – the stands cost more than half the price of the speaker, can do something less expensive locally). But then, AN philosophy is all about synergy, with handpicked components.

Aernoud took over an hour to set it up and dial it in. One positive was that the integrated amp was stacked on top of the CD player. The other was that the speakers were flush against the wall, which won support from she who wants to hide my audio away who is used to speakers being pulled out for “listening”. I started listening in the afternoon. And I was underwhelmed. Aernoud had warned me that it will take 20 minutes to warm up, 2 hours to reach optimal performance, but if newly set up, it settles down over a day.  The huge positive was the voices which sounded really good. However, there was a thickness to the sound that was not my glass of rum.

So whatever I played, I felt that the sound was very midrange centric and not very open.And this complaint from a midrange centric guy! Los Lobos’ Kiko, an album that I heard magically with Apogee loudspeakers eons ago, sounded very shut in and unexciting, as did the assortment of classical and jazz I played.

I went against the AN grain and hooked up my Graham LS 5/9 briefly, and it sounded sweeter and open (it costs a hell of a lot more, and perhaps as much as the whole AN system, and to my happiness, I noted that this 8W amp drove the less efficient speakers well in my large living room), but still, it didn’t happen! At higher volumes, there was too much projection of vocals into the room, making it a tad shouty.

So I left it to cook and went out for dinner. At night, it still sounded a bit shut in, and I panicked. I googled for reviews and found positive ones. Was there something wrong? I remembered that the CD was based on a filterless 1543 DAC. That clicked – I had owned one of those (yeah, well) post my extreme hifi to a back to the basics phase, which I eventually sold as it did not cut mustard with classical.

So out came the RATOC RAL DM24192 (what a name) DAC based on the 1704 chip, which I connected with the CD transport via my Blue Jeans SPDIF cable, and back to the Zero with my nice expensive gift to myself – the Symphonic Line HD interconnect.

Houston: We have a lift off. 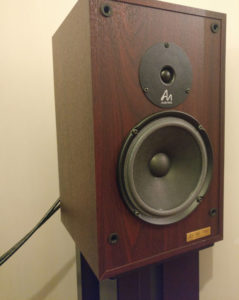 Suddenly, Argerich-Maisky’s Schubert Sonata for Arpeggione and Piano (which also has Schumann, Fantasiestücke, op.73. 5 stücke im volkston, op.102) – Decca, was back in texture town whereas earlier it sounded like the bow had too much rosin on. The music flowed. Sure, I have heard more hifi details earlier, like the breathing of the cellist, but I was immersed in the music. In fact, it reminded me much of my beloved (and now sold) Harbeth Compact 7ES3 – not the most transparent, but eminently musical.

I started with Duke Ellington’s Shakespeare inspired Such Sweet Thunder (Columbia). The shimmering cymbals, the growling trombone in “A Sonnet for Hank Cinq” (track 3, so easy to see from far due to the big blue lettering on the CD Zero), the piano and brushwork on Lady Mac (with its ominous ending – not a good woman eh?), the violin and clarinet in “Up and Down, Up and Down” (what tone, what timbre – so easy to separate the instruments) and finally, Gonsalves and Hodges playing Juliet (alto) and Romeo (tenor) on “Star Crossed Lovers” (anyone a fan of Murakami? And his “South of the Border, West of the Sun”). Next onwas Far East Suite (Bluebird) – how good that was, the ting ting ting cymbal ride of Rufus “Speedy” Jones on Tourist Point of View and the gorgeous sax on Isfahan. The accurate positioning of instruments on the soundstage (though the stage extends more in front of the system than behind) with timbral clarity made engrossing listening.

I then listened to Stravinsky’s Les Noces (Karel Ancerl/Czech Philharmonic, Supraphon). The voices and positioning were so clear and music so flowing that naturally, I had to listen to Taylor Swift’s 1989 (Big Machine Records, which despite fun music, is not a good recording). In Blank Space the words were so clear and the music so compelling. So, again, naturally, I turned to Simonov conducting Stravinsky’s “Firebird” (Royal Philharmonic release, which it says is a “High Quality Audiofile Edition”) which brought in the beautiful big orchestral sound, and despite being small speaker, the AX-Two coped very well and delivered the dynamic swings in a ballsy manner (the bass is very nice except for the lowest bass, but you need to listen to classical to know that). 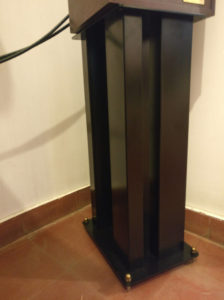 Then came my friend J with a bunch of test tracks (wav rips, 16/44.1) on a pen drive. He and I listen differently, and hence I invited him over. I connected up the SOTM (miracle, it came on quickly) via JRiver on a Mac and played on. The nuance of Presley’s pronunciation in Fever, or the soprano and mezzo soprano in Delibes’ Flower Duet from the opera Lakme (Natalie Dessay soprano and Delphine Haidan mezzo soprano), the humour in Nick Cave’s Dig Lazarus Dig or the tutti Great Gate at Kiev from Mussorgsky’s Pictures At An Exhibition, all sounded fab. The sound was really very open and sibilance was just right – neither exaggerated nor dulled.

In fact, J made me close the windows due to the high level of ambient noise (birds! In Bombay!!) in my house, and the nuances came out (though, with windows shut, like Deep Purple famously sang “we found a place to sweat”). He was impressed by the tone, the imaging, and felt that the system did bring out the nuances well. Also impressive was how effortlessly it played a loud track like Michael Jackson’s Billie Jean, including a convincing bass weight for such small speakers. Very well balanced said he, and preferred the sound even more with the grills off, as did I.

He didn’t mind the sound of the CD as much as I did (we A/Bed his Keith Jarrett My Song CD rip as well as the Argerich-Maisky CD), and said that the sound may well be preferred by some, and perhaps speaker placement could bring in some improvement. In fact, a guest who came over and listened to Rashid Khan preferred the sound from the CD player.

So to sum up – the system (sans the CD player analogue out) has a balanced, nuanced, lithe and musical sound. More expensive systems, will bring greater delicacy, roundness to the sound (this is far from a gooey tube sound that you may want) and refinement, and pinch the pocket more (and even AN can help you with Level 1 and above systems). The tone and timbre are hard to fault, and the sound staging allows you to place instruments so beautifully. 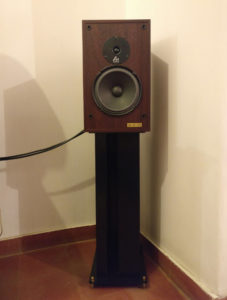 Yes, you have small speakers and there is going to be limited slam, but it gets you dancing and grooving and goofing around with pop and rock. May not be the last word in transparency (but I bet that the higher AN speakers will open that up, like my Graham did), but there is enough nuance to keep audiophiles on a budget interested.

The CD player has a kind of sound that you may like or not – those who listen to simple music will definitely like the way with voices.  Taking the CD player out of the equation, I really liked the combination with the amp and speakers (and assorted cables) a lot (as did J) and would gladly live with it. I wish I could listen to the one level higher up AN K speakers, which I am sure will mate beautifully with this cracker of an amp, whose drive belies its 8W output. While it raises the price, the system approach can keep a music lover who is not a hifi compulsive very happy (unless, like Taylor screams, “You love the game”).

So much so, I wish I could listen to the higher end AN amps at home.

For the zero system:  https://www. audionote.in/zero

System Cost: All prices include GST and free transport within India. If the complete izero system is bought, the cost of stands or stands are waived. Please check with the dealer for the packages.